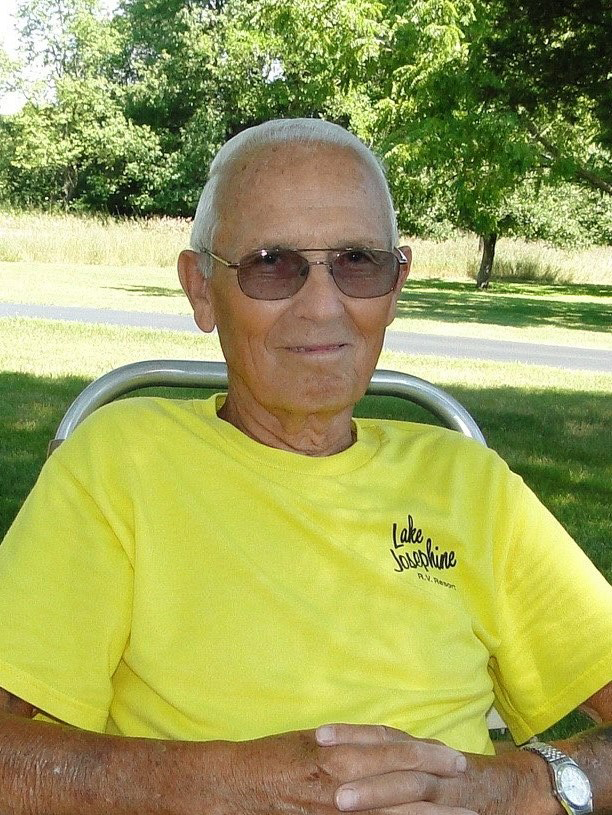 Buz (Laverne) Adams has passed away at the ripe old age of 93. Quite fittingly he left this world to be with Phyl, his loving bride of 64 years, on her birthday.

Buz often wondered aloud how he had made it to be so old and the truth is, he just never quit moving. Even in his most recent days he was still mowing the grass, blowing leaves, cutting trees with a chain saw and building all sorts of things out in his pole barn. While slight in stature, Buz was a tough old guy having survived cancer and a stroke just to come back from each as strong and stubbornly motivated as ever. And his family loved him for it!

A lifelong resident of Montcalm County, Buz served in the U.S. Navy and worked at Federal Mogul until his retirement.

In his younger years Buz loved to fish, hunt, race snowmobiles and travel among countless other endeavors. But more often than not it was all about the fishing. He spent countless days on the water and it's hard to imagine how many fish he fried up for family and friends over the years. Even this past summer he showed up his grandson when they managed to get back out in the boat.

Buz was preceded in death by his wife Phyllis and daughter Joy. He is survived by his sister Betty, son Ricky, grandchildren Matthew, Marcus, Jessica, Alex and Wave and four great grandchildren, Zoe, Nick, Willow and Ivy.

Per Buz's wishes no formal funeral ceremony will be held.

To order memorial trees or send flowers to the family in memory of Laverne G. Adams, please visit our flower store.