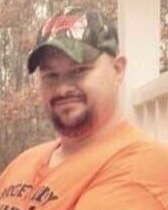 Johnathan Halliwill, age 46, of Ithaca, passed away unexpectedly at his home from complications of a medical condition, on Sunday, December 25, 2022.

Jon worked for many years as a Certified Peer Support Specialist at Montcalm Care Network. His love of helping others didn't stop with just his professional life. Jon could always be counted on to help his friends and family with anything they needed. He also volunteered and supported the Alma Elks Lodge #1400. Jon also enjoyed throwing darts, shooting pool, camping with his kids, working on cars, motorcycles, and quads, metal fabrication and welding. It didn't matter if it was listening to music, eating out at Buffalo Wild Wings, telling jokes, or playing with his kids, Jon loved spending time with those he cared about and simply being around them.

Surviving Jon are his children, Sabrina, Sophie, and Chance; the mother of his children, Beth Halliwill; his sister, Rebecca Moore; brothers, Jeffrey Halliwill, Joseph Halliwill, and David Snyder; and several nieces and nephews.

A celebration of Jon's life is being planned for a later date.

To leave an online condolence or share a favorite memory of Jon, please go to www.SimpsonFamilyFuneralHomes.com.

To order memorial trees or send flowers to the family in memory of Johnathan Lee Halliwill, please visit our flower store.