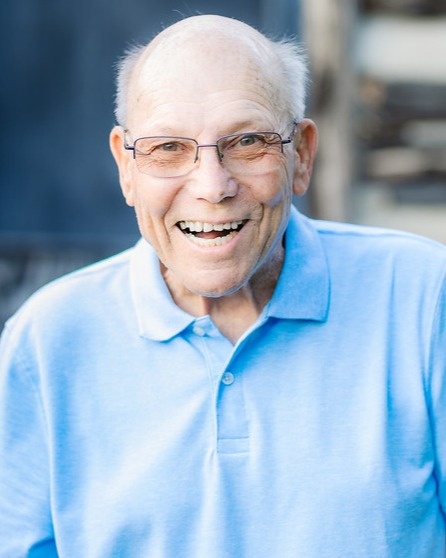 Jack Powell, age 74, of Sheridan, passed away peacefully at his home on Saturday, September 17, 2022, under the loving care of his family and Spectrum Hospice.

Jack was a guy who liked things that had an engine, but he really loved it when he could tinker with the engine to make it go faster.  He loved to go snowmobiling, ride his motorcycle, go drag racing, and attend car shows.  Jack loved his Oldsmobile 442 W-30, a car he and his son Clayton, were able to mechanically restore together.  Jack also proudly served his country as a member of the Michigan National Guard Grand Ledge Unit, where he was a Turbine Engine Technician.  But above all else, Jack loved his family, especially his grandchildren; he enjoyed spending time with them and watching them grow up.  Jack will be dearly missed by everyone who knew him.

Jack’s life is being celebrated with a visitation on Wednesday, September 21st from 2-4 PM and 6-8 PM at the Simpson Family Funeral Home in Sheridan (246 S. Main St.).

Funeral services for Jack will be on Thursday, September 22nd beginning at 11 AM, also at the Simpson Family Funeral Home in Sheridan.  Graveside services and Military Rites will be at Evergreen Cemetery following the funeral.

For those wanting to make a memorial donation in Jack’s memory the family suggests you direct them to either the Montcalm Area Career Center - Auto Tech or Spectrum Hospice.

To order memorial trees or send flowers to the family in memory of Jack Powell, please visit our flower store.

Graveside and Military Rites will be at Evergreen Cemetery following the funeral.