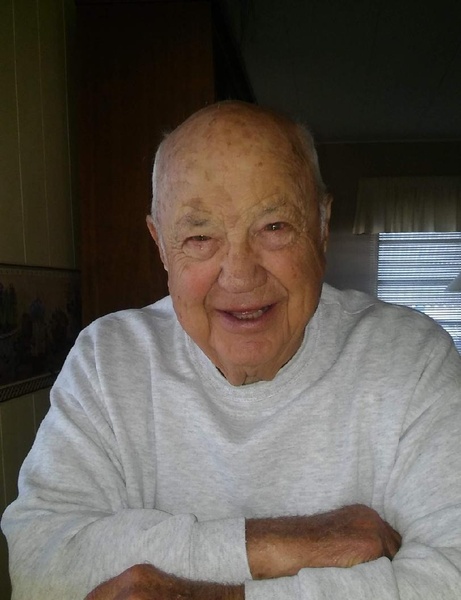 Jerry proudly served his country during WWII as a member of the United States Navy.  He was a life member of the Sheridan VFW Post 5065 and Carson City American Legion.  Jerry was very talented with his hands and enjoyed wood carving, antique cars, and woodworking.  He was a gifted storyteller and his smile would always brighten up your day.  Jerry will be greatly missed by everyone who knew him.

Visitation is being held on Monday, August 8th from 5 to 7 PM at the Simpson Family Funeral Home in Sheridan (246 S. Main St.).

Memorial services celebrating Jerry’s life will be held on Tuesday, August 9th at 11 AM at the Simpson Family Funeral Home in Sheridan.  Jerry will be laid to rest at Evergreen Cemetery.

For those wanting to make a memorial donation in Jerry’s memory the family suggests you direct those contributions to the Gideon’s.  Envelopes will be available at the funeral home.

To order memorial trees or send flowers to the family in memory of Gerald H. Hollinshead, please visit our flower store.