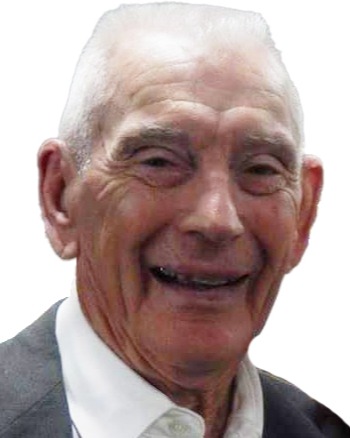 Dr. Frank E. Fishell passed away on January 10, 2023, in Fredericksburg, Texas. He was born at the Fishell Family Farm on Senator Road August 28, 1931. On November 7, 1953, he married Ipha Bush. She survives him. Also surviving him are his children: Lyn Fishell, Jay Fishell, Brett Lee Fishell, many grandchildren and great-grandchildren, sister-in-law, Barbara Bush Bonner.

After graduating from high school, Frank served his country in the U.S. Air Force. He then taught high school math at the Carson City-Crystal Area Schools. He was active in many community organizations.

He began teaching math at Montcalm Community College in 1965, the year the college opened. Frank earned his doctorate in mathematics while teaching at MCC. He would go on to teach advanced mathematics at universities all over the country. Education and teaching were his passion and many of his students felt and remarked that he was one of the 'best teachers' they ever had.

From owning a gold mine in Alaska, teaching in the classroom, raising a family on a farm, to having a home in Texas, Frank's life was full. Frank often said, "The only thing you need to raise a family is a rocking chair."

Frank’s life is being celebrated with a graveside ceremony on Tuesday, January 17th beginning at 10 AM at the Palo Cemetery. Following the graveside ceremony, Frank’s family would like to invite you to join them for a luncheon at the Sheridan VFW.

In lieu of flowers, and per Frank's wishes, please consider a donation to HCM Hospice, 808 Reuben Street, Fredericksburg, TX 78624.

To order memorial trees or send flowers to the family in memory of Frank E Fishell, please visit our flower store.