To share your memory on the wall of William Parks, sign in using one of the following options:

It was safe to say there was never much grass growing under the feet of Bill Parks, as he was constantly on the go and always ... Read More
William J. Parks, age 79 of Stanton, passed away on Wednesday, June 10, 2020, at Sparrow Hospital in Lansing.

It was safe to say there was never much grass growing under the feet of Bill Parks, as he was constantly on the go and always busy doing something. For the past 40+ years he owned and operated Michigan Police Equipment Company and before that he was a police officer in Flushing. Bill proudly served his country in the US Army where he worked in the Signal Corps. Bill traveled all over the world hunting, but his favorite adventures always involved his son and favorite hunting partner, Bill. When he wasn’t working or hunting, Bill could be found tinkering on his farm. His knowledge of guns and ability to shoot was legendary and he was one hell-of-a-shot with any firearm he picked up. But most of all, Bill loved his family and spending time with them.

A celebration of Bill’s life is being held on Monday, June 15, 2020 from 10 AM until 12 Noon at Bill’s home, (3766 N. Nevins Road, Stanton), please feel free to come and go as your schedule allows. Military Rites will be held at 12 Noon under the direction of the Stanton American Legion Honor Guard. Bill will be laid to rest at Hillside Cemetery in Entrican.

For those wanting to make a memorial donation in Bill’s memory the family suggests you direct them to the Stanton American Legion Post 452.
Read Less

To send flowers to the family or plant a tree in memory of William "Bill" Parks, please visit our Heartfelt Sympathies Store.

Receive notifications about information and event scheduling for William

Donations are being accepted for: AMERICAN LEGION (STANTON 452).

We encourage you to share your most beloved memories of William here, so that the family and other loved ones can always see it. You can upload cherished photographs, or share your favorite stories, and can even comment on those shared by others.

Posted Jun 15, 2020 at 09:28am
Please accept my most heartfelt sympathies for your loss... My thoughts are with you and your family during this difficult time.

Remington LE Sales past and present

Posted Jun 12, 2020 at 03:36pm
In memory of one of the great ones. Bill will truly be missed by his Remington LE family. We all love you guys. Prayers for you all. RIP Bill!

Posted Jun 12, 2020 at 01:40pm
Our thoughts and prayers are with you during this difficult time. We appreciate Bills service to the country and contribution to the industry.

Posted Jun 12, 2020 at 01:26am
Sena- we are so sorry to hear of Bills passing- our thoughts are with you at this sad time. Carolyn and Marcus Hansen
Comment Share
Share via: 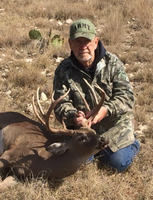