To share your memory on the wall of Ormand Staines, sign in using one of the following options:

If you had to describe Ormand in two words, friendly and kind would be it, h... Read More
Ormand W. Staines, age 91, of Fenwick, passed away on Wednesday night January 15, 2020 at Spectrum Health United Memorial – United Campus in Greenville.

If you had to describe Ormand in two words, friendly and kind would be it, his smile could light up a room and he made friends wherever he went, he never had a negative thing to say and always would see the brighter side of things. He just plain loved people. Another way to describe him was a hard worker. A man who never knew when to quit, Ormand would work all day at Federal Mogul for over 30 years, and then come home and work his farm for another 6-8 hours! He loved to be outside doing all the hard work he could find; cutting wood, raking leaves, mowing the lawn and chasing down any dandelion he could find. He was a John Deere man and never farmed with anything else. Ormand enjoyed golfing, fishing and bowling. He even bowled in a Pro-Am tournament against a professional bowler named Dick Weber, and he won! He never quit talking about it for the whole ride home. Ormand proudly served his country in the Korean war as an Army Medic. He was always good for a joke and loved to make people laugh, he will be truly missed by all who knew him.

Ormand is preceded in death by his daughter; DeAnna Staines, his parents; Donald and Erma (Sinclair) Staines, his brothers; Austin and Gene Staines, his aunt; Flossie Brown, his uncles; Cloise and Harley Sinclair and Ken Staines, nephew; Darrell Staines and niece; Una Kay.

Visitation will be Saturday January 18th from 3-5pm at Simpson Family Funeral Home, Sheridan. Funeral services for Ormand will be held on Sunday, January 19th at 3pm at Shiloh Community Church with Pastor Ken Harger officiating, with another visitation one hour prior to the service at church. Burial will be in Sunset Memorial Gardens in Ionia next to his daughter DeAnna. Memorial contributions in memory of Ormand may be directed to Shiloh Community Church.
Read Less

To send flowers to the family or plant a tree in memory of Ormand Staines, please visit our Heartfelt Sympathies Store.

Receive notifications about information and event scheduling for Ormand

We encourage you to share your most beloved memories of Ormand here, so that the family and other loved ones can always see it. You can upload cherished photographs, or share your favorite stories, and can even comment on those shared by others.

Love you Tom and Bonnie and Jerry and Lillian Smelik sent flowers to the family of Ormand Staines.
Show you care by sending flowers

Posted Jan 21, 2020 at 11:17am
Sending our deepest condolences to Auntie Janet, Dawn, and the entire family. I only had the pleasure of meeting Uncle Ormand once, long ago — but to know him was to love him. What a kind, gentle, happy spirit. May you find peace and comfort in fond memories of a life well-lived. Hugs to all.
Comment Share
Share via:
KB

Posted Jan 19, 2020 at 01:51pm
Dear Dawn, I’m sending my thoughts and prayers to you, your mother and of course your families. I was so saddened as I read this to learn that Deanna is gone, she always held such a special place in my heart!! May you all find peace! Kathy (Thomsen) Brockdorf
Comment Share
Share via:
AD

Posted Jan 18, 2020 at 12:14pm
My deepest condolences for Janet , Dawn and family . I enjoyed Ormand so much . He would always have a smile on his face and a wonderful laugh to go with it . I especially loved it when he would share a story or two of some of his shenanigans when he was younger . RIP Ormand .

Love you Tom and Bonnie

Posted Jan 17, 2020 at 02:23pm
We love you Ormand and family. So many memories we share together. Enjoy your time with Deanna and our Grandpa and Grandma.

Love you Tom and Bonnie purchased the Medium Dish Garden for the family of Ormand Staines. Send Flowers 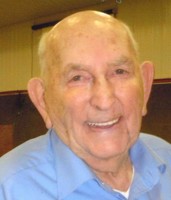