To share your memory on the wall of Michael Davidson, sign in using one of the following options:

Print
Michael J. Davidson, age 70, of Stanton, passed away on Monday, September 21, 2020 at Medilodge of Wyoming.

Mike proudly served his country during Vietnam as a member of the United States Army, 11th Armored Cavalry Regiment, 3rd Squadron, L Troop, 2nd Platoon and was also a member of the Stanton American Legion. He was an avid outdoorsman who loved hunting and fishing. In high school, Mike was a standout 4 sport athlete for the Portland Red Raiders and is best remembered for the football game where he carried the ball only 5 times, with each carry resulting in a touchdown. Mike’s love of sports continued into adulthood where he really liked watching the Detroit Lions, Michigan State University teams and Detroit Tigers baseball; however, his favorite sporting events to watch were the ones his grandkids played in. Mike absolutely loved being a dad and grandpa and was always their number one fan. He also liked working in his yard which is a passion passed down to him from his mother.

A celebration of Mike’s life is being held outside at the Simpson Family Funeral Homes in Stanton (225 W. Cedar St) on Sunday, September 27, 2020, from 2 to 4 PM. Please feel free to come and go as your schedule allows. Military honors will be given at 4 PM at the funeral home.

In honoring Mike’s wishes please dress casually and feel free to come as you are.
Read Less

To send flowers to the family or plant a tree in memory of Michael J Davidson, please visit our Heartfelt Sympathies Store.

Receive notifications about information and event scheduling for Michael

We encourage you to share your most beloved memories of Michael here, so that the family and other loved ones can always see it. You can upload cherished photographs, or share your favorite stories, and can even comment on those shared by others.

Dan and Bobbie Vroman, Heather Sarah Adam & Paige,James,Oliver,Callie, and other have sent flowers to the family of Michael J Davidson.
Show you care by sending flowers

Posted Sep 24, 2020 at 10:57am
It's sad when you hear old friends have left us. Some of the happiest days of my life were the summers Mike and I spent at Rainbow Lake.
Monte Ball
Comment Share
Share via:
DV 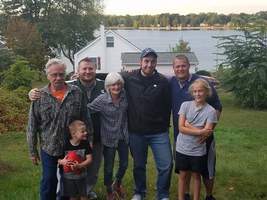 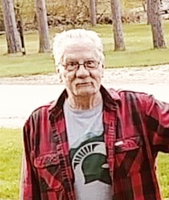