To share your memory on the wall of Marilyn Dixon, sign in using one of the following options:

Print
Marilyn S. Dixon, age 67 of Sheridan, passed away peacefully at the home of her daughter in Grand Rapids, on Thursday, July 17, 2020, under the loving care of her family and Emmanuel Hospice.

Marilyn was a loving wife, daughter, sister,... Read More
Marilyn S. Dixon, age 67 of Sheridan, passed away peacefully at the home of her daughter in Grand Rapids, on Thursday, July 17, 2020, under the loving care of her family and Emmanuel Hospice.

Marilyn was a loving wife, daughter, sister, aunt, mother, and grandmother. She was a stabilizing and reliable force that everyone knew could be counted on. Her kindness and compassion for others was demonstrated in all that she did. She spent 40 years working at Carson City Hospital where many of her colleagues became like family. She was married to William Dixon for 37 years until his passing in 2014. She had three children and nine grandchildren who kept her busy with sports, music, and theater. Marilyn was one of 11 siblings; she enjoyed the annual sisters-day-out and playing pranks on the brothers.

Visitation for Marilyn is being held on Thursday, July 23, 2020 from 4 to 8 PM at the Simpson Family Funeral Home in Sheridan (246 S. Main Street). Due to the Executive Orders issued by the Governor, no more than 10 people are allowed in the funeral home at one time and face masks must be worn by all guests.
A Mass of Christian Burial is being held on Friday, July 24, 2020 at St. Bernadette of Lourdes church in Stanton (911 E. Main Street) beginning at 11 AM with Father Dominic Tirkey officiating. Due to the Executive Orders issued by the Governor and rules issued by the Catholic Diocese a maximum of 60 people will be allowed in the church.

Graveside services for Marilyn will be held after the funeral, starting at 1 PM at the Evergreen Township Cemetery. Due to the Executive Orders issued by the Governor, a maximum of 100 people are allowed to be at the cemetery.
Read Less

To send flowers to the family or plant a tree in memory of Marilyn Dixon, please visit our Heartfelt Sympathies Store.

Receive notifications about information and event scheduling for Marilyn

We encourage you to share your most beloved memories of Marilyn here, so that the family and other loved ones can always see it. You can upload cherished photographs, or share your favorite stories, and can even comment on those shared by others.

Your family @ Solon Center Wesleyan Church, Michelle, Leigh, Trilby and Fin, and other have sent flowers to the family of Marilyn Dixon.
Show you care by sending flowers

Posted Jul 23, 2020 at 09:25am
Our thoughts and prayers are with you as you remember your mother. May God hold you tightly in his love during these difficult days.

From All The Kent County Community Action Friends

Posted Jul 22, 2020 at 02:51pm
May peace be yours and your family's during this difficult time. With Caring thoughts,

From All The Kent County Community Action Friends purchased flowers and planted a memorial tree for the family of Marilyn Dixon. Send Flowers

Flowers were purchased for the family of Marilyn Dixon. Send Flowers 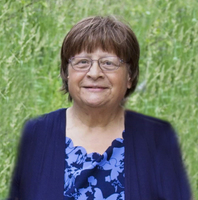