To share your memory on the wall of LeVern (Al) (Jim) Gervin, sign in using one of the following options:

Print
LeVern (Al) (Jim) Gervin, age 83 of Fenwick, passed away on Tuesday, December 10, 2019, in Lansing at Medilodge of Capital Area.

If it was broke, Al could fix it and if there was a problem with something mechanical there was a good chan... Read More
LeVern (Al) (Jim) Gervin, age 83 of Fenwick, passed away on Tuesday, December 10, 2019, in Lansing at Medilodge of Capital Area.

If it was broke, Al could fix it and if there was a problem with something mechanical there was a good chance Al could figure it out and solve the problem. After serving his country in the U.S. Army during the Korean Conflict, Al continued his service in the Army National Guard as a helicopter mechanic. He was a self-taught golfer and really liked playing bingo, a game he was very lucky at. However, above all else Al loved his family and especially liked spending time with his grandkids. He made sure everyone felt loved and they will remember all the times he told them, “I love you all.”

Funeral services for Al will be held on Monday, December 16, 2019 beginning at 11 AM at the Shiloh Community Church (8197 Heth St., Orleans) with Pastor Ken Harger officiating. Final interment will be at Ft. Custer National Cemetery in Battle Creek.

For those wishing to make a memorial donation in Al’s memory the family suggests you direct them to either Shiloh Community Church or the V.A. Hospital in Ann Arbor. Envelopes will be available at the funeral home and church.
Read Less

To send flowers to the family or plant a tree in memory of LeVern (Al) (Jim) Gervin, please visit our Heartfelt Sympathies Store.

We encourage you to share your most beloved memories of LeVern (Al) (Jim) Gervin here, so that the family and other loved ones can always see it. You can upload cherished photographs, or share your favorite stories, and can even comment on those shared by others.

KIRCHHOFF Automotive Lansing and Much love, Frank and Sue LaBine. sent flowers to the family of LeVern (Al) (Jim) Gervin.
Show you care by sending flowers

Posted Dec 13, 2019 at 09:26pm
Al was one of the nicest men I have ever met - such a “down to earth kind man” who loved my dear friend Nita so much. They were quite the couple, always laughing at each other. It was my great honor to have known both of them, and to have shared so many fun times. My condolences to all of the family. Deb Benoit
Comment Share
Share via:
SL

Posted Dec 13, 2019 at 01:45pm
You are all in our thoughts and prayers! We loved Al just as if he was family. He went above and beyond as a landlord and became our dear friend as well. I will always remember Al and Frank out back playing horseshoes. ❤️ much love to you all, Frank and Sue LaBine
Comment Share
Share via:
ML

Much love, Frank and Sue LaBine. 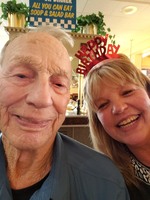 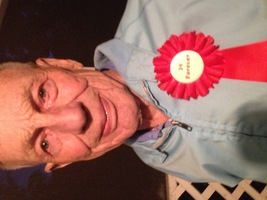