To share your memory on the wall of Justin Carter, sign in using one of the following options:

Print
Justin Carter, age 19 of Sheridan, passed away unexpectedly at his home on Thursday, April 30, 2020.

Justin was a young man who had a big heart and loved his family. His daughter, Braelynn meant the world to him and she had him wrapped ... Read More
Justin Carter, age 19 of Sheridan, passed away unexpectedly at his home on Thursday, April 30, 2020.

Justin was a young man who had a big heart and loved his family. His daughter, Braelynn meant the world to him and she had him wrapped around her finger from day one. He was also very protective and proud of his mom, Deanna and was always telling her he loved her and encouraging her. Justin had a bright future ahead of him and was excited to start his college career this fall at MCC where he was going to study mechanics. As a young boy, Justin excelled at all things mechanical and could fix just about anything. He was youngest of 7 children and loved his brothers and sisters. While the amount of years Justin blessed his family and friends here on earth may have been short, his impact on their lives was enormous and he will be deeply missed by everyone.

A celebration of Justin’s life is being planned for a later date. For anyone wanting to make a memorial donation in Justin’s memory you are asked to keep the needs of his family and daughter in mind as they deal with his sudden passing.

To leave an online condolence or share a favorite memory of Justin, please go to www.SimpsonFamilyFuneralHomes.com.
Read Less

Receive notifications about information and event scheduling for Justin

There are no events scheduled. You can still show your support by sending flowers directly to the family, or planting a memorial tree in memory of Justin M. Carter.
Plant a Tree

We encourage you to share your most beloved memories of Justin here, so that the family and other loved ones can always see it. You can upload cherished photographs, or share your favorite stories, and can even comment on those shared by others.

Posted May 04, 2020 at 06:20pm
I miss you baby brother. My heart will never be the same. It’s hard to be strong when you were taken so early. I cannot questions God’s plans and I know you are flying high in the sky now but it still hurts. I love you Justin Martin Carter love always and forever Cereal
Comment Share
Share via:
D

Posted Apr 30, 2020 at 11:47pm
Claude, Von and the whole family. We are so sorry for your loss. May loving memories bring you all strength, comfort and peace. Our thoughts and prayers are with you.
Comment Share
Share via:
D 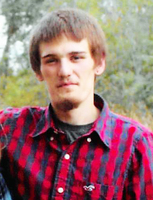 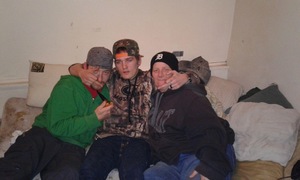 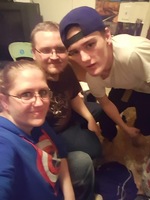