To share your memory on the wall of John Seaman, sign in using one of the following options:

John proudly served his country during Desert Storm as a member of the United States Marine Corps. He enjoyed being o... Read More
John Seaman, age 54 of Stanton, passed away on Monday, July 27, 2020 at Spectrum Health United Hospital in Greenville.

John proudly served his country during Desert Storm as a member of the United States Marine Corps. He enjoyed being outdoors, tending to his garden, and going hunting and fishing. John was also a former member of the Stanton City Commission.

John was preceded in death by his grandparents, George & Betty Brooks and Cliff & Sally Seaman.

In honoring John’s wishes no formal funeral ceremony will be held.
Read Less

To plant a memorial tree in honor of John Seaman, please visit our Heartfelt Sympathies Store.

Receive notifications about information and event scheduling for John

There are no events scheduled. You can still show your support by sending flowers directly to the family, or planting a memorial tree in memory of John Seaman.
Plant a Tree

We encourage you to share your most beloved memories of John here, so that the family and other loved ones can always see it. You can upload cherished photographs, or share your favorite stories, and can even comment on those shared by others.

Posted Aug 06, 2020 at 01:28pm
So sorry for your loss. I worked with John at the City of Stanton briefly. He will be missed.
Comment Share
Share via:
LM

Posted Jul 28, 2020 at 02:36pm
My condolences to John's family. I always enjoyed John's view points, even if we didn't agree, we could have a spirited debate. He was always proud of his serves to our Country and his family. You will be missed our friend. Mike and Lori Mazzola
Comment Share
Share via:
MR

John was a classmate of one of our daughters. He called it like he saw it, no holes barred, but if he liked you, he'd be there to help you if needed. His home grown produce stand is missed. A proud veteran. My sympathy and condolences to all his family. Remember him with sweet memories. 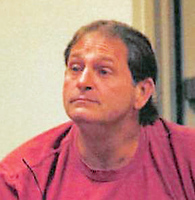 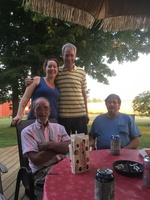 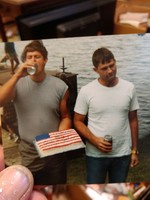