To share your memory on the wall of Harvey Sweet, sign in using one of the following options:

Print
Harvey Sweet, age 92 of Crystal, passed away at his home on Saturday, June 13, 2020 under the loving care of his family and Sparrow Hospice.

A “jack of all trades”, Harvey was a guy who could do just about anything and if he didn’... Read More
Harvey Sweet, age 92 of Crystal, passed away at his home on Saturday, June 13, 2020 under the loving care of his family and Sparrow Hospice.

A “jack of all trades”, Harvey was a guy who could do just about anything and if he didn’t know how to do something it didn’t take him long to learn how and figure it out. Harvey proudly served his country in the U.S. Army. After his discharge from the military he owned and operated Cumming Saw Shop in Lansing and MP Sales in Potterville for many years and retired to the Crystal area in 1982. After his retirement, Harvey, not being one to just sit around, took a job at the Crystal Motor Speedway where he worked for many years and drove farm trucks. Harvey has either built, wired, or plumbed countless numbers of houses for both family and friends and was the kind of guy who would help you out or give you the shirt off his back if you needed it.

A celebration of Harvey’s life is being planned for a later date.

For those wishing to make a memorial donation in Harvey’s memory the family suggests you make that donation to the charity of your choice in his name.
Read Less

To plant a memorial tree in honor of Harvey Sweet, please visit our Heartfelt Sympathies Store.

Receive notifications about information and event scheduling for Harvey Sweet

There are no events scheduled. You can still show your support by sending flowers directly to the family, or planting a memorial tree in memory of Harvey Sweet.
Plant a Tree

We encourage you to share your most beloved memories of Harvey Sweet here, so that the family and other loved ones can always see it. You can upload cherished photographs, or share your favorite stories, and can even comment on those shared by others. 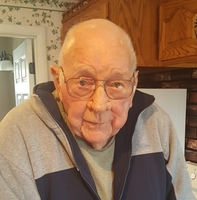