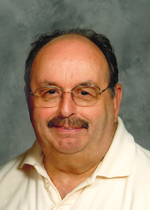 Gerald L. Surrell, age 80, of Greenville, passed away on Friday, September 4, 2020, at Mission Point in Belding.

Jerry and his wife, Diana, loved being outdoors. It didn’t matter if they were deep sea fishing, scuba diving, snorkeling, golfing, or skiing in the winter, if they were together and outside, they were happy. Jerry also liked giving back to others which he did through his involvement with the Boy Scout’s Sierra Club and as a member of the Montcalm County Sheriff Department’s Mounted Posse. He also loved to make his own ice cream, was famous for his homemade sweetcorn, and liked trying his luck at the casino. In his younger days, Jerry was a talented Ice Dancer and performed in shows throughout the United States and Canada. Jerry was a member of the First United Methodist Church in Greenville. He retired from Greenville Printing after 43 years of service. Most of all Jerry loved his family, especially his grandkids.

Jerry was preceded in death by his parents, Leroy & Mary (Schrock) Surrell; father-in-law and mother-in-law, Carl & Doris Garlick and a stepson, Curt Jensen.

A celebration of Jerry’s life will be held at Wabasis Lake Campground Pavilion (11220 Springhill Dr., Greenville) on Monday, September 14, 2020 from 3 to 6 PM.