To share your memory on the wall of Duane Webster, sign in using one of the following options:

Print
Duane K. Webster, age 92 of Carson City, Michigan was welcomed into the arms of his Heavenly Father on May 26, 2020.

Duane was born in Dearborn, Michigan to Millard and Winnifred Webster on February 14, 1928. He grew up in the Dearbor... Read More
Duane K. Webster, age 92 of Carson City, Michigan was welcomed into the arms of his Heavenly Father on May 26, 2020.

Duane was born in Dearborn, Michigan to Millard and Winnifred Webster on February 14, 1928. He grew up in the Dearborn area and at age 17, joined the U.S. Coast Guard, proudly serving his country aboard the USS Leonard Wood and the USS Chiwaukem. Following his honorable discharge from the military, he worked at a variety of jobs before joining the Dearborn Police Force. He met and married his first wife, Miriam, who predeceases him. In the mid-1950s, he left the Dearborn Police Force, and moved his family to Carson City to become its first-ever Chief of Police. During much of his time as a police officer, he also drove bus for the Carson City school system. After serving the Carson City community for many years, he accepted a position as a Correction Officer at the Michigan Training Unit in Ionia until his retirement on January 1, 1990.

Duane was an avid sportsman, marksman and conservationist who enjoyed organic gardening, fishing and hunting throughout his life. He competed in numerous shooting competitions, initiated the Hunters Safety program in Carson City and administered the shooting program at the MTU. Following his retirement from the state, he was a beloved teacher at his church school. He loved to garden, make homemade beer and wine, and in later years took up archery and primitive atlatl darts (spears). He took great delight in teaching the young men in his family and church hunter safety, how to use a bow and arrow and throw the darts. He especially loved children and could always be counted on for a silly story or joke. He will be sadly missed by all who knew and loved him.

Duane is survived by his loving wife of 40 years, Charlene Webster of Carson City; his children Michele Webster of Helena, MT, Becky Davidson of Cadillac, MI; Eric Webster of Middleville, MI; Kim Chapman and Rhonda (Roger) Wilson of Carson City, MI. Also surviving him are his brother Bernard Webster, 15 grandchildren, 22 great-grandchildren, 1 great-great-grandchild, and countless other children and young adults in the community who lovingly knew him as “Grandpa Duane.”

Due to the COVID-19 Pandemic and the Executive Orders currently in place by the Governor, private family only services were held. Duane was laid to rest in the Bloomer Township Cemetery.

Those wishing to make a memorial contribution in Duane’s name are asked to consider Hospice of Michigan or a charity of their choice.

Arrangements were entrusted to Simpson Funeral Homes in Sheridan. For those wanting to leave an online condolence or share a favorite memory of Duane, please go to www.SimpsonFamilyFuneralHomes.com.
Read Less

Receive notifications about information and event scheduling for Duane

There are no events scheduled. You can still show your support by sending flowers directly to the family, or planting a memorial tree in memory of Duane K. Webster.
Plant a Tree

We encourage you to share your most beloved memories of Duane here, so that the family and other loved ones can always see it. You can upload cherished photographs, or share your favorite stories, and can even comment on those shared by others.

Posted Jun 03, 2020 at 03:18pm
It was "Mr. Webster" who inspired my joy of gardening. Many times I would follow him around in his garden on West Carson Street while he patiently answered my questions and explained things to me. I couldn't have been more than 5 or 6 years old at the time. I remember him fondly -
Comment Share
Share via: 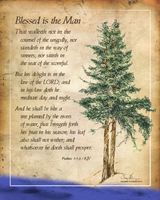 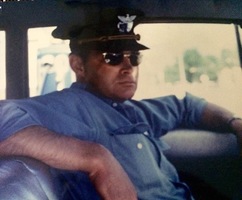