To share your memory on the wall of Dr. Francis \"Frank\" Whitlow, sign in using one of the following options:

Provide comfort for the family by sending flowers or planting a tree in memory of Dr. Francis "Frank" Whitlow

Provide comfort for the family by sending flowers or planting a tree in memory of Dr. Francis "Frank" Whitlow

Print
Dr. Francis “Frank” Whitlow, age 89, of Stanton, passed away at home on July 18, 2020 under the loving care of his family and Spectrum Health Hospice.

Frank was a man of many talents, early in life he played the trumpet and enjoyed p... Read More
Dr. Francis “Frank” Whitlow, age 89, of Stanton, passed away at home on July 18, 2020 under the loving care of his family and Spectrum Health Hospice.

Frank was a man of many talents, early in life he played the trumpet and enjoyed playing big band music. He studied the art of calligraphy and had a passion for old cars and could tell you the exact make and model of a car when he saw one, and in his lifetime owned 53 cars and could list each of them. After high school, Frank attended Wayne State University for the mortuary science program and then on to Eastern Michigan University for his undergraduate degree and to Chicago to finish medical school. He had a practice in Sheridan in the 70’s, in Arizona from 1978-1988, and also worked at the emergency room at Sheridan Hospital and at the Ionia prison. In June of 1959, he married Nancy Ruselvan in Pontiac and together they enjoyed over 44 years of marriage until her death in 2003. Frank had an affinity for caring for people his entire life and will be greatly missed by all who knew him.

Private family services will be held at a later date.
Read Less

There are no events scheduled. You can still show your support by sending flowers directly to the family, or planting a memorial tree in memory of Dr. Francis "Frank" Whitlow.
Plant a Tree

We encourage you to share your most beloved memories of Dr. Francis "Frank" here, so that the family and other loved ones can always see it. You can upload cherished photographs, or share your favorite stories, and can even comment on those shared by others.

Plant a Tree in Memory of Dr. Francis "Frank"
Plant a tree 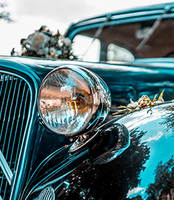