To share your memory on the wall of Donald Sanderson, sign in using one of the following options:

Print
Donald H. Sanderson, 91, of Clifford Lake, passed away on Wednesday morning, March 4, 2020, at home under the loving care of his family.

Don was a great man and had a wonderful sense of humor. Don was a loyal friend who could always be... Read More
Donald H. Sanderson, 91, of Clifford Lake, passed away on Wednesday morning, March 4, 2020, at home under the loving care of his family.

Don was a great man and had a wonderful sense of humor. Don was a loyal friend who could always be counted on to help others. A fine craftsman, Don spent many years as a finish carpenter and even built many beautiful homes for his family. He loved to spend time at Clifford Lake, having been a resident since the early 70’s. Most of all though, Don was a family man, nothing was more important to him than his family, and he delighted in spending time with them. On February 25, 1950, he married Jacqueline Forrest; and just last week, they celebrated 70 years of marriage! Don will be truly missed by everyone who knew him.

A memorial service will be held later this summer at Don and Jackie’s house on Clifford Lake. Memorial contributions in memory of Don may be directed to Have Mercy (a homeless shelter and food pantry) at www.havemercymi.org.
Read Less

To plant a memorial tree in honor of Donald Sanderson, please visit our Heartfelt Sympathies Store.

Receive notifications about information and event scheduling for Donald

There are no events scheduled. You can still show your support by sending flowers directly to the family, or planting a memorial tree in memory of Donald Sanderson.
Plant a Tree

We encourage you to share your most beloved memories of Donald here, so that the family and other loved ones can always see it. You can upload cherished photographs, or share your favorite stories, and can even comment on those shared by others.

Posted Mar 30, 2020 at 02:56pm
I am so very sorry to hear of your recent loss, from what I remember, Don was a generous, fun loving and easy going individual who loved his family very much.

I realize it has been a very long time since I knew the family, but I just wanted you to know that my prayers are with you all.
Comment Share
Share via:
J

Posted Mar 04, 2020 at 06:52pm
My condolences to the family. As the days and weeks pass by and you return to life’s routine may the God of all comfort (2cor1:3) along with the love and support help you to carry your grief with hope.
Comment Share
Share via: 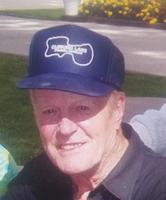 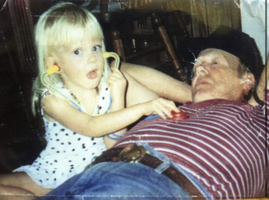