To share your memory on the wall of Clare Brooks, sign in using one of the following options:

A lifelong resident of the Stanton area, Clare was a fixture in the community. He was the founder of Brooks Electric which he opened in J... Read More
Clare V. Brooks, age 73 of Stanton, passed away peacefully at his home on Wednesday, May 8, 2019.

A lifelong resident of the Stanton area, Clare was a fixture in the community. He was the founder of Brooks Electric which he opened in July of 1982. Clare proudly served his country in the U.S. Army in Vietnam. He was a member of the Stanton American Legion, Sheridan VFW, The Forty & Eight, and the 14th Combat Engineering Alumni. Clare loved being around people, he was quick witted, and had a wonderful sense of humor. He will be deeply missed by everyone who knew and loved him.

Funeral services for Clare are being held on Monday, May 13, 2019 at the Simpson Family Funeral Home in Stanton beginning at 11 AM. Military Honors will be conducted by the Stanton American Legion Honor Guard at a graveside service in Forest Hill Cemetery in Stanton.

For those wishing to make a memorial donation in Clare’s memory the family suggests you direct them to the Stanton American Legion. Envelopes will be available at the funeral home.
Read Less

To send flowers to the family or plant a tree in memory of Clare Vernon Brooks, please visit our Heartfelt Sympathies Store.

Receive notifications about information and event scheduling for Clare

The insignias listed here may be subject to copyright and/or trademarked. Those copyrights and trademarks are owned by the respective organizations.

We encourage you to share your most beloved memories of Clare here, so that the family and other loved ones can always see it. You can upload cherished photographs, or share your favorite stories, and can even comment on those shared by others.

Posted May 09, 2019 at 04:41pm
So sorry to hear of Clare's passing. Remember when he helped work on Ken & my's "little cabin"...
Sending thoughts, love and prayers to Sharon and family 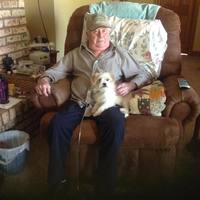 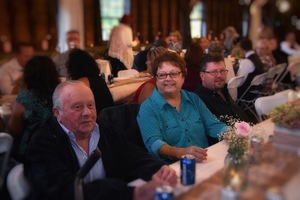 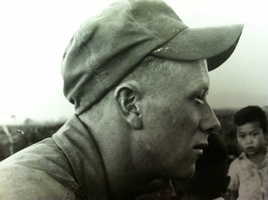