To share your memory on the wall of Brian Haling, sign in using one of the following options:

Print
Brian James Haling, age 59 of Sheridan, passed away on Tuesday, May 21, 2019 at the Spectrum Health Fred and Lena Meijer Heart Center in Grand Rapids due to complications from a stroke.

One of Brian’s favorite things to do was watch al... Read More
Brian James Haling, age 59 of Sheridan, passed away on Tuesday, May 21, 2019 at the Spectrum Health Fred and Lena Meijer Heart Center in Grand Rapids due to complications from a stroke.

One of Brian’s favorite things to do was watch all the various U of M sporting events with his grandson, Justan, and friends – “Go Blue”! When he wasn’t watching sports, he could be found watching American Idol with his wife; or movies with his daughter, Brittany and her boyfriend, Trever. Brian also loved spending time with his grandchildren. He would stop every night after work to see his granddaughter, Cyenna, when she was born. The last few years, there weren’t many weekends where one grandkid or another wasn't over, especially his grandson, Chance. He worked at Electrolux for 25+ years and was a member of the Sons of the American Legion Post 101 in Greenville. Brian liked being outdoors, going hunting and fishing and loved to garden where he could grow just about anything. He also loved his John Deere tractors and going to the tractor pulls. His death leaves a hole in the hearts of his family and friends and they will deeply miss him. Although Brian’s family is saddened by his loss, they are comforted with the knowledge that Brian was able to help many others through his generous donations as a Gift of Life donor.

For those wanting to help Brian’s family out as they deal with his sudden passing, you are asked to keep their needs in mind and donations can be made directly to the family.
Read Less

Receive notifications about information and event scheduling for Brian

We encourage you to share your most beloved memories of Brian here, so that the family and other loved ones can always see it. You can upload cherished photographs, or share your favorite stories, and can even comment on those shared by others. 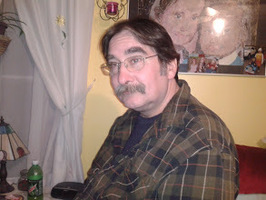