To share your memory on the wall of Alan Buskirk, sign in using one of the following options:

Provide comfort for the family of Alan Buskirk with a meaningful gesture of sympathy.

Affectionately known by his family as a “professional micromanager” Alan was a man who had precise way of doing thi... Read More
Alan S. Buskirk, age 60 of Stanton, passed away on Sunday, March 31, 2019 at the U of M Medical Center in Ann Arbor.

Affectionately known by his family as a “professional micromanager” Alan was a man who had precise way of doing things and strongly encouraged his family to do it that way also. Throughout his life Alan had several things which were important to him. First, his love of auto racing where Alan could be found driving #54 at the local dirt tracks, especially Crystal Motor Speedway and Mt. Pleasant Speedway. Second, his love of farming. Third, he loved to tinker and build things, sometimes out of necessity other times because he could. Fourth, his truck driving career, which truth be told, he did to pay the bills to support his farming and racing hobbies. Finally, and most importantly, Alan loved his family and enjoyed being around them and spending time with them.

Funeral services for Alan will begin at 11 AM on Thursday, April 4, 2019 at the Simpson Family Funeral Home in Sheridan with Pastor Bob Jones officiating. Final interment will be at the Evergreen Township Cemetery.
Read Less

Receive notifications about information and event scheduling for Alan

We encourage you to share your most beloved memories of Alan here, so that the family and other loved ones can always see it. You can upload cherished photographs, or share your favorite stories, and can even comment on those shared by others.

Posted Apr 03, 2019 at 10:07am
My mom Paula Jones has asked me to leave a message on her behalf that she sends her condolences and is thinking of the family.
Comment Share
Share via:
LC

Love and sympathy, Alex and Cady

Posted Apr 03, 2019 at 08:28am
Molly and family, your dad was an amazing man and a blessing to us all. May he rest in peace, happy and healthy and knowing how loved he is.

Love and sympathy, Alex and Cady purchased flowers for the family of Alan Buskirk.

Posted Apr 03, 2019 at 07:20am
Thinking of you and your family! With love, your Cardio-Pulmonary Rehab family.

Flowers were purchased for the family of Alan Buskirk. 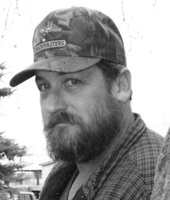