To share your memory on the wall of Eric Halvorsen, sign in using one of the following options:

Print
Eric L. Halvorsen, age 96 of Sheridan, passed away peacefully on Thursday, September 19, 2019 under the loving care of his family and Spectrum Hospice.

Born in Traverse City, Eric moved to Sheridan in 1956 and has been a pillar of the c... Read More
Eric L. Halvorsen, age 96 of Sheridan, passed away peacefully on Thursday, September 19, 2019 under the loving care of his family and Spectrum Hospice.

Born in Traverse City, Eric moved to Sheridan in 1956 and has been a pillar of the community ever since. Eric proudly served his country during WWII in the U.S. Navy. After his discharge, Eric attended Michigan State University and earned a degree in Dairy Husbandry. Eric served as Commander for the Sheridan VFW Post 5065, Commander of VFW District Nine and also Commander of the State VFW, he was also selected as an All-American District Commander and All-American State Commander. Eric served as a trustee for four years at Montcalm Community College. Throughout his lifetime, Eric was very active in the Sheridan VFW Post and served as chairman for many committees, headed up lots of projects, and held a variety of offices. Eric’s impact on the Sheridan community and surrounding areas will be felt for a long time and he will be greatly missed by everyone.

Funeral services for Eric will be on Wednesday, September 25, 2019 at the Simpson Family Funeral Home in Sheridan, beginning at 11 AM with Pastor Phil Van Dop officiating. Graveside services with full Military Honors being held at Evergreen Cemetery.

For those wanting to make a memorial donation in Eric’s memory, you are asked to direct them to the Sheridan VFW Foodbank. Envelopes will be available at the funeral home.
Read Less

To send flowers to the family or plant a tree in memory of Eric L Halvorsen, please visit our Heartfelt Sympathies Store.

Receive notifications about information and event scheduling for Eric

We encourage you to share your most beloved memories of Eric here, so that the family and other loved ones can always see it. You can upload cherished photographs, or share your favorite stories, and can even comment on those shared by others.

Deborah a Stauffer sent flowers to the family of Eric L Halvorsen.
Show you care by sending flowers

Deborah a Stauffer purchased flowers for the family of Eric Halvorsen. Send Flowers

Posted Sep 20, 2019 at 07:11pm
Dear Halvorson. I am so sorry for your loss of Eric. He was a great man and did so much for the Sheridan community. I have always had great respect for him. RIP Eric! Thank you so much for serving our country and doing the many things that you have done for Sheridan. God bless Halvorson family.
Teresa Sweet
Comment Share
Share via: 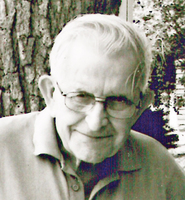